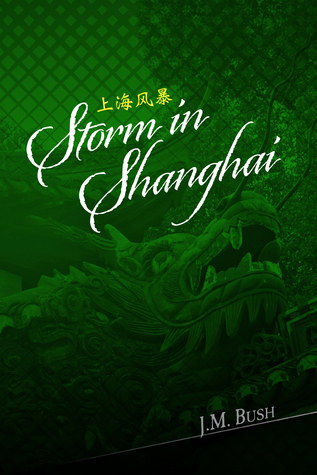 In modern day China, an American expat leads a law enforcement team of Mages and Wizards, whose sole purpose is to keep Magic hidden from the ordinary world. One morning, Jaret King finds Shanghai facing the return of the most deadly magical terrorist in history, a monster who has long been thought dead. Jaret must now continue to keep the secret of Magic concealed from all Regs, including his wife, while attempting to stop this monstrosity − known only as the MAELSTROM − from murdering thousands more innocent people. Of course, once he discovers the motivation driving this violent lunatic, Jaret may have to step in and help complete the Maelstrom’s plan. But if so, at what cost?

You can buy the book here Kindle Edition £2.04 (as of when posted)

1. Hello and welcome to The Reading Rose, Can you tell us more about your book please?

Hi, thanks for having me! My debut novel, Storm in Shanghai, is an urban fantasy that takes place in modern day China, but has flashbacks that stretch from Italy to Vietnam, Croatia to France, America to Egypt… you get the picture, right? These flashbacks reveal little by little the history of magic, and what exactly the differences are between mages and wizards. Jaret King, the protagonist, is the lead agent of a magical police force in China. Day to day tasks include keeping mages and wizards from using spells to take advantage of regs (non-magical people) and to keep the secret of magic hidden from the world. But with the possible return of history’s most violent magical terrorist, Jaret’s job is about to get a whole lot more dangerous.

2. Out of all your characters, who was the most fun to write and why?

Aurora was fun to write because the real life inspiration for that character is so soft spoken and shy, but once you get to know her she is incredibly silly just like the character in the book. It was fun to put her in situations where she could be funny, brave, scared, loyal, or sad because I got to picture the real Aurora doing those things, and it always made me smile.

3. How did you come up with the idea for your book?

The main character is loosely based on my own life as a stay-at-home dad living in China, and having a “secret” life that has very little to do with his daddy duties. Instead of touring China in a punk rock band, which is what I did, Jaret is a mage. Of course, my life wasn’t a secret, it was just vastly different from doing the cooking, cleaning, and grocery shopping that filled my days. Dad during the day, punk rock bassist by night. Not only that, but experiencing life as a minority in a foreign country was a heavy influence on writing this book, as well. The isolation and loneliness is briefly touched on in the way Jaret feels, him having the added layer of being a minority within his own people as well – being someone that can control three schools of magic (very rare).

4. What tips would you give to anyone aspiring to be an author themselves?

Just write it. Write it. Write it. Write it. Once you’ve finished, then you can worry about how good it is or isn’t. You can edit it, rewrite it, think about who wants to read it, and figure out which route to go – chasing the elusive literary agent and looking for that golden book deal, or just saying to hell with it and self publishing. That is a personal choice that most authors will eventually be forced to deal with, but I see no reason to worry about that crap before you have a finished book. Write your story. Worry about the rest later.

5. What inspired your book cover and what do you love most about it?

I took the photo during my time living in Shanghai. It is from one of the scenes in the book, a location called Yu Gardens. It’s an iconic Shanghai tourist spot and ideal for spell fight! My lifelong friend Chris Granger at Southern Fried Creations designed the cover around the photo I provided. The colour green plays an integral role in the book, so we thought it fitting to use it for the book’s cover.

6. Why did you decide to become a writer?

I started writing in high school, but was embarrassed by the mocking critique of a friend’s father and decided that I couldn’t take more name calling. I grew up fat and nerdy, so I tried to avoid doing anything that would paint a bigger target on my back for insults to be thrown at. It wasn’t until March 2015 that I decided to start writing fiction again. I had been writing travel stories for about a year prior to that.

7. What would you say is the best thing about having your own book published?

Holding it in my hands, opening the book to a random page, and reading part of something that I created. It’s there forever, good or bad, and I’m proud of every single detail.

8. What do you like to do in your free time when you are not writing?

When not being a daddy and not writing, I like to play the guitar. I used to play in bands, but these days I just relive my rocking youth with an acoustic guitar and some decent singing.

9. What is your favorite childhood book and why?

The Voyage of the Dawn Treader. Hands down favourite book from my childhood. Why? It’s part of my favourite series, The Chronicles of Narnia, for starters. Also, I love that there is no bad guy… no villain to battle throughout the story. It’s an adventure with bumps in the road and mysteries to solve, but no super-powered evil dude trying to destroy the world. I have two tattoos from that book, the actual boat on my chest and Reepicheep on the calf. So, yeah, I kinda have to choose this as my favourite.

10. If you were stranded on an island which 3 book characters from any series would you want with you?

Bruenor Battlehammer, the most awesome dwarf ever. We could get drunk together and he could teach me how to fight with an axe and shield. Reepicheep, because he is the most trustworthy character in literary history and would do anything for his companions. And Bean from the Ender Saga because he is the smartest dude ever. He’d figure out how to get us off of that damned island!

Thanks for Joining us today and taking part in on of our Lets get 10 know you interviews!

Leave me a message after the beep... Cancel reply 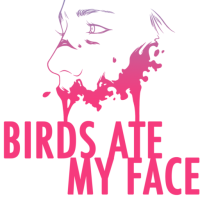 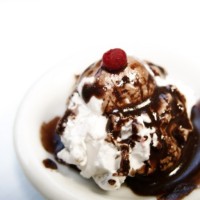 “My heart has joined the Thousand, for my friend stopped running today.”

Odd ramblings of an obsessed reader

I love books & TV, in no particular order...

A daily selection of the best content published on WordPress, collected for you by humans who love to read.

The Art and Craft of Blogging

The latest news on WordPress.com and the WordPress community.